In the week of  13 – 17 July, 2020, the TUAC led activities devoted to improvements in  South and Latin American regions.  The TUAC held a webinar on Chile – the first of a series of country & regional focused webinars addressing the COVID-19 crisis.  The TUAC  then participated in the OECD regional Ministerial on employment and social inclusion in Latam. In both events, the discussion highlighted an urgent need to raise the bar of social dialogue and inclusive labour markets in the region.

The Chile webinar provided an opportunity to engage in a conversation with the CUT Chile, 10 years after the country became a member of the OECD. The COVID-19 crisis has exposed the fragility of the Chilean economy and society, with record high inequality levels by OECD standards, a fragmented and incomplete labour market and poor access to public goods and services. The TUAC resolution adopted in December 2019 expressed serious concern at the Chilean government handling of the social protests that erupted in October, and more broadly at the sever lack of social protection mechanisms in the economy and society.  The on-going lack of dialogue with civil society, the management of the health crisis and, more structurally, the severe imbalances between public and private provisions (of essential services, of social protection) and between collective and individual mechanisms in the Chilean economy and society.

Among key outcomes from the webinar on Chile: the need for a root reform of Chilean labour markets, including sector-wide collective bargaining and robust minimum floors for wages and occupational health and safety.  Also, a review access to public services and public goods (including water, education, and health), all part of implementing a strong RBC agenda backed by the OECD National Contact Point.

At the Ministerial, the TUAC doubled down on policy priorities being extended throughout the region, considering the pattern of Latin American countries failing to build inclusive and resilient labour markets with collective bargaining and minimum floors as key foundations. 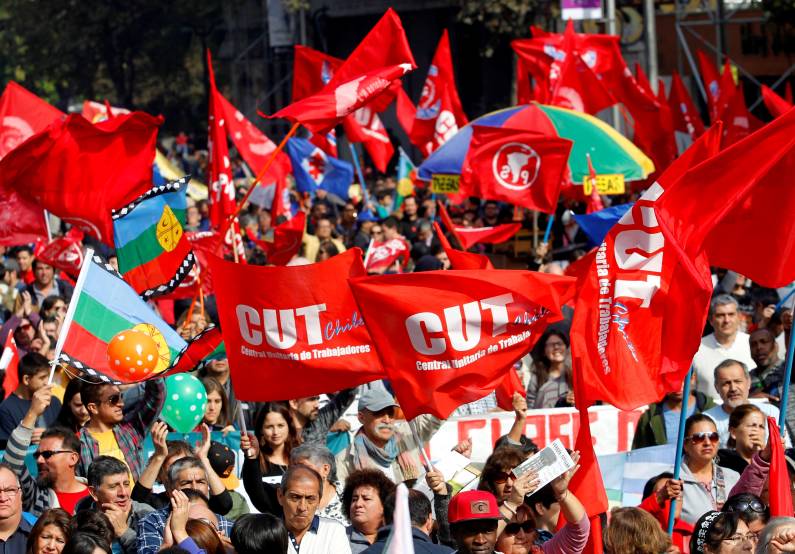