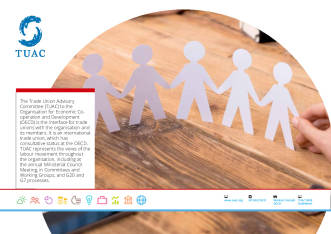 The Trade Union Advisory Committee (TUAC) to the Organisation for Economic Co-operation and Development (OECD)  is an international trade union with consultative status at the OECD. TUAC represents the views of the labour movement at the annual OECD Ministerial Council Meeting and in regular meetings of the OECD Committees.

TUAC membership consists of 58 affiliated trade union centres from OECD countries, representing 50 million workers, as well as associated members in Brazil, Indonesia and South Africa. TUAC operates a Paris-based secretariat. TUAC’s origins go back to 1948 to the trade union advisory committee established under the Marshall Plan. When the OECD was created in 1962, TUAC continued its work of representing the trade union priorities to inform OECD policies.

TUAC’s policy advocacy aims to create shared prosperity within and between countries, including quality jobs, and to assert the positive role of trade unions and collective bargaining in achieving inclusive growth. Access to OECD policy development enables TUAC to act as a “first mover” within the labour movement in responding to new and emerging policy challenges.

TUAC works closely with other international trade unions, including the International Trade Union Confederation (ITUC), with which it co-ordinates trade union inputs to the G20 (through the Labour 20) and G7 processes, and the European Trade Union Confederation (ETUC). On industry specific issues, TUAC works with the Global Union Federations (GUFs) and is a member of the Council of Global Unions.

An annual meeting of the TUAC/ OECD Liaison Committee is organised with members of the OECD Council and the OECD Secretariat to allow for exchanges on future policy priorities and recommendations. TUAC releases a statement for, and attends, the annual OECD Ministerial Council Meeting. It also submits policy evaluations to the OECD Council throughout the year. Trade union representatives participate in over 60 OECD bodies (OECD Committees and Working Groups) and policy events.

TUAC’s consultative status at the OECD enables an ongoing social dialogue. On average, over 500 trade union representatives take part in TUAC and OECD meetings each year.

Briefing on and Evaluation of OECD Policies

TUAC briefs affiliates on current OECD projects and policies on an ongoing basis and coordinates policy statements and evaluates the outcomes of OECD meetings and publications. The TUAC secretariat regularly presents OECD policy issues at trade union and other external meetings.

The Working Groups prepare TUAC positions both for TUAC’s bi-annual membership meetings (Plenary Sessions), as well as for consultations with the OECD. Working Groups are open to all affiliates, international trade unions and TUAC partner organisations.

The President, Vice-Presidents and the General Secretary are elected for four-year renewable terms. 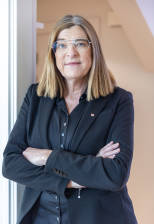 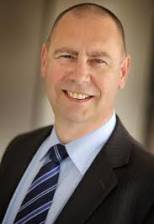 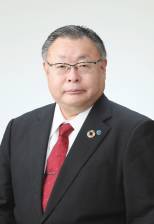 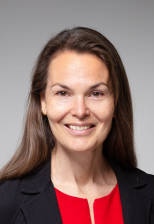 The Working Groups inform TUAC policy statements and policy discussions in close partnership with other international trade union organisations. The chairs and vice-chairs are appointed by the Plenary upon recommendation by the Administrative Committee.