In its Interim Forecast released on the 13th of March, the OECD has slightly revised upwards its growth projections for 2018 and 2019 compared with the November 2017 OECD Outlook. Global GDP growth is now expected to reach almost 4% in the next two years.

However, the Forecast also illustrates that the wounds inflicted by the Great Recession are far from healed as the economic recovery has been uneven and has mainly benefited the richest. Whereas the real disposable income of the 10% top households has increased significantly and is exceeding its pre-crisis level, this is not the case for the median and bottom 10% households. Incomes of the bottom 10% are still below the level they were before the crisis (see graph below). 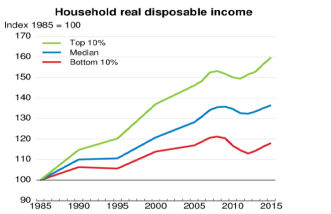 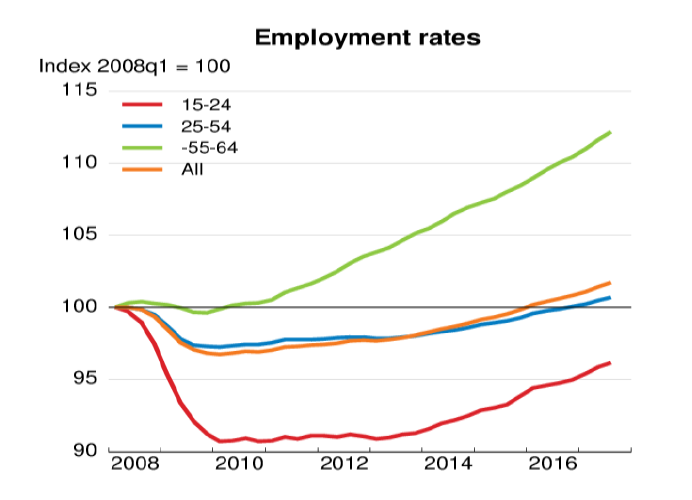