Obituary: John Sweeney, former President of AFL-CIO and of the TUAC

Born in the Bronx, New York, as a son of Irish immigrants in 1934, he was from a young age committed to trade unionism and the needs of working people. John Sweeney spent a lifetime dedicated to improving the conditions and everyday life of workers including as president for the Services Employees International Union (SEIU) and later on as president of AFL-CIO. On the occasion of his passing, AFL-CIO President and President of the TUAC, Richard Trumka notes that: “John Sweeney was a legend, plain and simple. He was guided into unionism by his Catholic faith, and not a single day passed by when he didn’t put the needs of working people first.”

As trade union leader in the US, he pushed for stronger federal laws in the area of health and safety, sexual harassment, and civil and immigrant rights. He also advocated for legally-mandated paid family leave, health care reform and a raise in the minimum wage.

John Sweeney also served as President of the TUAC from 2000 to 2010. He headed many TUAC delegations at OECD high level meetings and at G8 consultation meetings including the historic G20 summit in April 2009. “John Sweeney will be remembered as great and innovative labour leader who paved the way for the resurgence of our union movement. He believed strongly in international solidarity. He was also a kind and thoughtful colleague from whom I learnt a great deal” says, former TUAC General Secretary, John Evans.

“John Sweeney was an emblematic trade union leader who led the TUAC throughout the 2000s. His clear and calm voice resonated in many OECD rooms – at that time calling for a “high-road” approach to globalisation, one firmly embedding a social dimension. John brought inequalities on the table of OECD debates and we can be grateful for it. His vision and leadership will be missed” says TUAC General Secretary, Pierre Habbard. 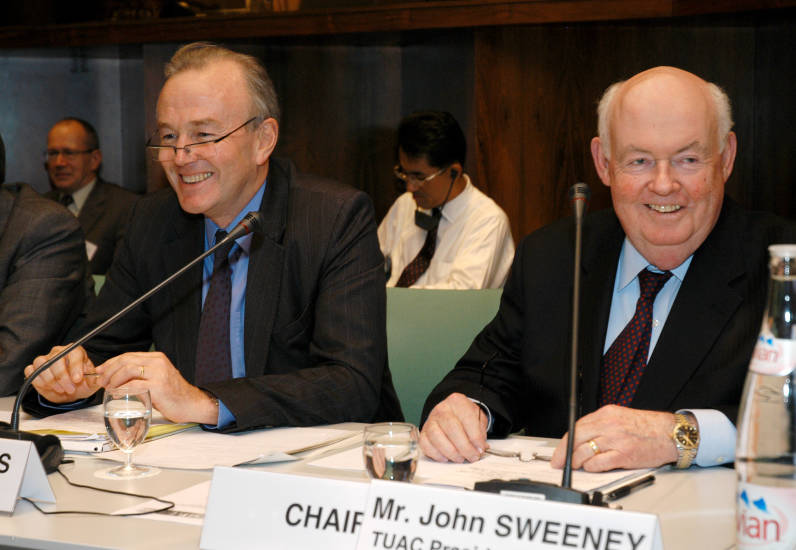 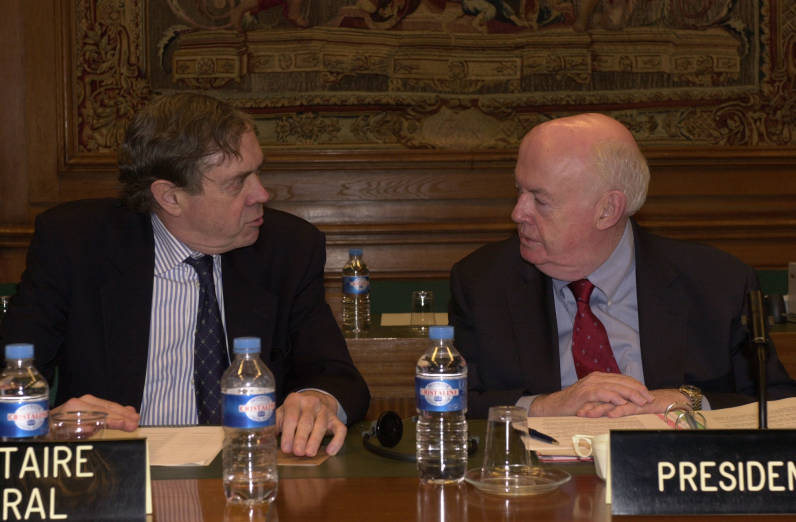